We're here to support you. Shop virtually with us.

Monster Cars is a Family Owned Business and is the best choice for all your auto needs. With the largest indoor car showroom in Pompano Beach, we have a car for everyone!

We provide customers in Deerfield Beach, Sunrise, Oakland Park, Ft Lauderdale to Hollywood and the surrounding areas with quality pre-owned cars, trucks, and SUVs at great low prices! We are committed to the best service so you can have an enjoyable experience at our dealership every time.

If you’re in the market for a quality pre-owned vehicle, we have the trusted and compassionate team that can help you find the right vehicle and make your car-buying experience enjoyable and hassle-free.

Monster Cars can also help with auto financing. We specialize in -n-house financing. 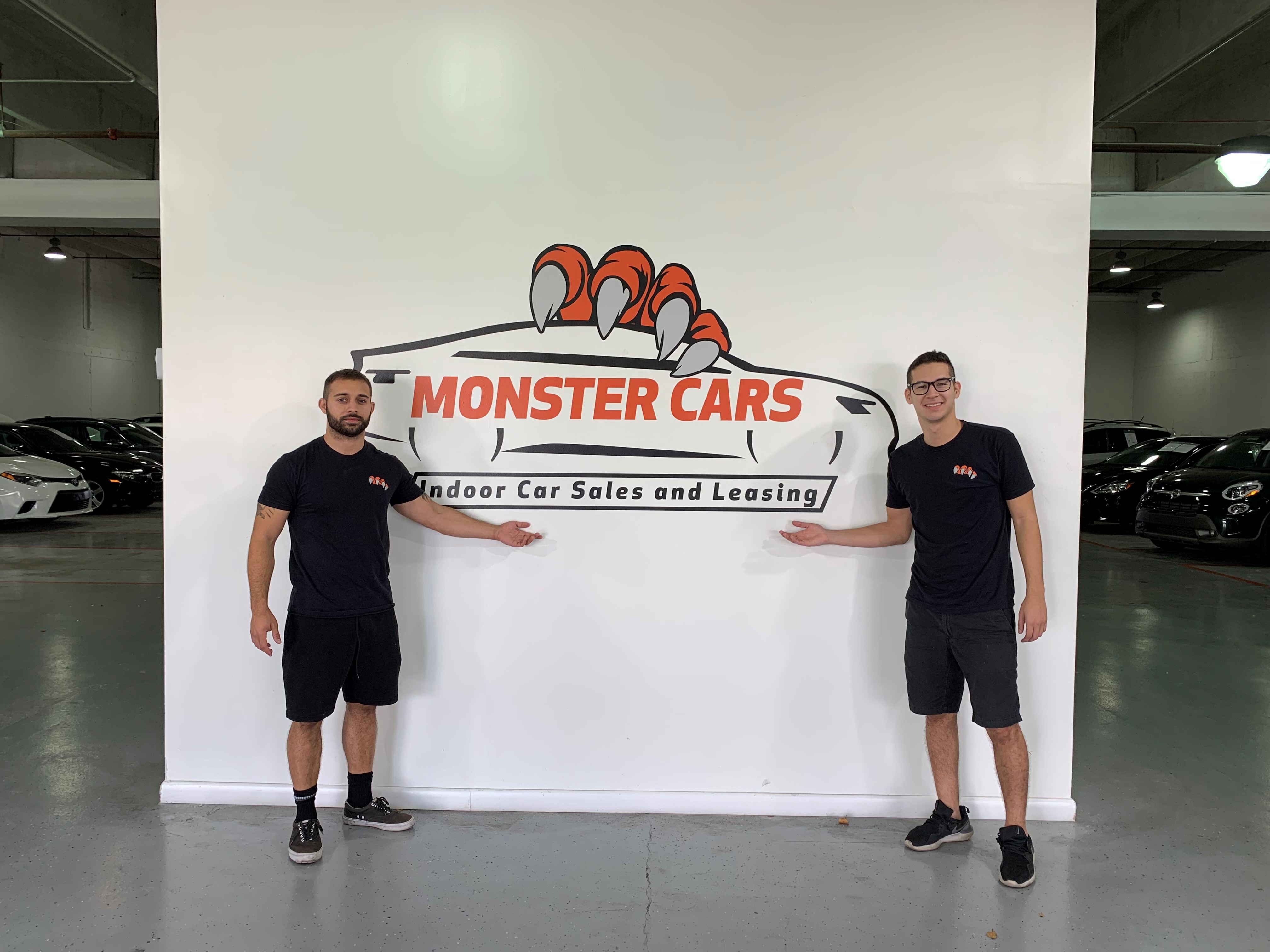 Ask about our Leasing Program with its many Benefits and Advantages. Its like Buy Here Pay Here Only Better!

Our finance team will work with you to help you secure the vehicle loan that fits your budget. This way, you can drive home in your dream vehicle from Monster Cars today.

Monster Cars in Pompano Beach is a CarFax dealer dedicated to customer satisfaction. Whether you’re looking for a new or pre-owned vehicle, or you are interested in vehicle financing, we are the right choice for Deerfield Beach, Sunrise, Oakland Park, Ft Lauderdale to Hollywood, and the surrounding area drivers. Visit our indoor car sales location or contact us at (954) 404-0212 to make your vehicle needs come true today!

Our Easy Lease Program Can Save You Money and Time versus BHPH financing.

Drive your new car in less than an hour with our easy in-house program!

In 1965, a committee of five community members came together to found the Boys Club of Broward to serve boys in underserved communities in the Ft. Lauderdale area. During the first two years, utilizing abandoned Church locations, the doors were opened at two Clubs, which are now known as the Lester H. White and Nan Knox Units. Having significant impact on decreasing vandalism claims and juvenile arrest rates in the communities where they were located, the demand for Clubs grew over the next 20 years and 7 more Clubs were opened in neighborhoods across Broward County.

In 1990, when it became evident that girls were just as in need as boys of a safe, nurturing, out-of-school time facility, the Board agreed to modify existing Clubs, hire additional staff, and expand programming to become the all-embracing Boys & Girls Clubs of Broward County (BGCBC) that exists today.

With the addition of 2 new Clubs in the late 1990's and the chartering of a Club solely for teens members, the Boys & Girls Clubs of Broward County is now made up of 12 chartered Clubs witha membership of over 12,500 youth. Supported by many of the most prominent members of our community, BGCBC is proud to be the 5th largest Club in the nation.

Firefighter Stephen Gerard Siller was the youngest of seven children born to Mae and George Siller. At the age of eight, Stephen lost his father, and a year and half later his mother passed away, leaving him an orphan to be raised by his older siblings. For a while Stephen went through a period of struggle, but thanks to the love of his siblings, and the values instilled in him by his parents, he grew up to be an extraordinary individual and dedicated firefighter. More than most, he knew that time was precious and accomplished much in his 34 years.

On September 11, 2001, Stephen, who was assigned to Brooklyn's Squad 1, had just finished his shift and was on his way to play golf with his brothers when he got word over his scanner of a plane hitting the North Tower of the World Trade Center. Upon hearing the news, Stephen called his wife Sally and asked her to tell his brothers he would catch up with them later. He returned to Squad 1 to get his gear. Stephen drove his truck to the entrance of the Brooklyn Battery Tunnel, but it had already been closed for security purposes. Determined to carry out his duty, he strapped 60 lbs. of gear to his back, and raced on foot through the tunnel to the Twin Towers, where he gave up his life while saving others.

Stephen had everything to live for; a great wife, five wonderful children, a devoted extended family, and friends. Stephen's parents were lay Franciscans and he grew up under the guiding philosophy of St. Francis of Assisi, whose encouraging and inspirational phrase "while we have time, let us do good" were words that Stephen lived by. Stephen's life and heroic death serve as a reminder to us all to live life to the fullest and to spend out time here on earth doing good - this is his legacy.

Author and family friend Jay Price wrote: "Every momentous event, even a tragedy, has its symbolic figures. September 11th was no different; it just had a few more of them. Rudy Guiliani, Father Mychal Judge, the four guys on United Flight 9 ... a hundred more ... a thousand. None bigger than Stephen Siller, whose stature only grows with time as New Yorkers and people from around the world follow his footsteps."